ECSS fulfills its aim to promote multi-national, interdisciplinary sport science through its long-standing collaborations with Exchange Partners. The scientific exchanges play a major role for the selected Young Investigators Award (YIA) winners as they are given the opportunity to present their work at the Exchange Partners’ congress.

We would like to thank the following organisations for their partnership:

The American College of Sports Medicine, with more than 50,000 members and certified professionals strong from 90 countries around the globe. Representing 70 occupations within the sports medicine field, ACSM is the only organisation that offers a 360-degree view of the profession. From academicians to students and from personal trainers to physicians, the association of sports medicine, exercise science, and health and fitness professionals is dedicated to helping people worldwide live longer, healthier lives. The ACSM has been an ECSS Exchange Partner since 1998. 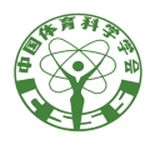 China Sport Science Society (hereafter referred to as “CSSS”), founded in 1980, is an academic society of sport science with the longest history and largest scale in China. As a top sport science society with standard operation and big social influence, integrates technicality, science popularity and commonwealth in its values. CSSS has 18 branches of sport disciplines and two Editorial Committees. It also has local branches in 27 provinces and six cities. CSSS now has over 4,000 individual members and more than 180 unit members. The CSSS has been an ECSS Exchange Partner since 2013.

Exercise & Sport Science Australia (ESSA)is a professional organisation, which is committed to sport, establishing, promoting and defending the career paths of tertiary trained exercise and sport science practitioners. Its vision is to enhance performance, health, and well-being through the science of exercise and sport. The ESSA has been an ECSS Exchange Partner since 2011.

JSPFSM was founded in 1949, just after World War II, by researchers of physical fitness, fatigue, work hygiene, and nutrition, who formed the joint research group of the medical section of the former Science Council. As of September 2015, there were 4,429 members, consisting of 646 doctors, 1,262 physical education staff, 212 dieticians, 40 nurses, 498 physical therapists, and 1,771 other professionals. The JSPFSM has been an ECSS Exchange Partner since 1998.

We have multiple options available for ECSS membership, including special pricing for student members. You now have the chance to sign up for more than one year and make a saving at the same time. By becoming an ECSS member you will become part of an important community and have access to a fantastic range of benefits such as discounts and journal access.

In 2021 ECSS launched its own webinar series: ECSS Webinars, designed especially for ECSS members. Speakers and topics are announced via the ECSS newsletter and social media. We hope you are enjoying this new initiative and welcome your feedback!